I wanted to show off some guys I picked up from Blight Wheel Miniatures some time back. I believe Blight Wheel is out of France. Anyway, they make some great third party Astra Militarum figures. These guys are not a 'cheaper' alternative to the GW figures. But they are a 'standout' alternative to GW and FW. They are detailed resin pieces allowing for some really nice detail.

Admittedly, they were a bit finicky to construct. I ended up putting a pin all the way across from shoulder to shoulder for the arms to stay. Not very difficult overall, but somewhat time consuming. I will say, once they are glued, they won't come off, unless you are really pissed at them.

This ranges is Blight Wheel's Britanic Hell'ington figures. Very dark looking guys, and quite similar to Forge World Death Korps of Krieg, as in trench warfare style. The best part is, they are extremely easy to paint. All you have to worry about is the armor, the clothing, guns, and maybe some straps and what not, no skin involved. So if you are one of the guys that hate painting flesh, these guys are for you. They are not as hyper intricate as the Forge World pieces, but they still have some features.

To add extra bits, I painted on some armor nicks, stippled some Steel Legion and Baneblade onto the armor for effect and they were done. A very effective paint job that can work great with Cadians or Kreig. 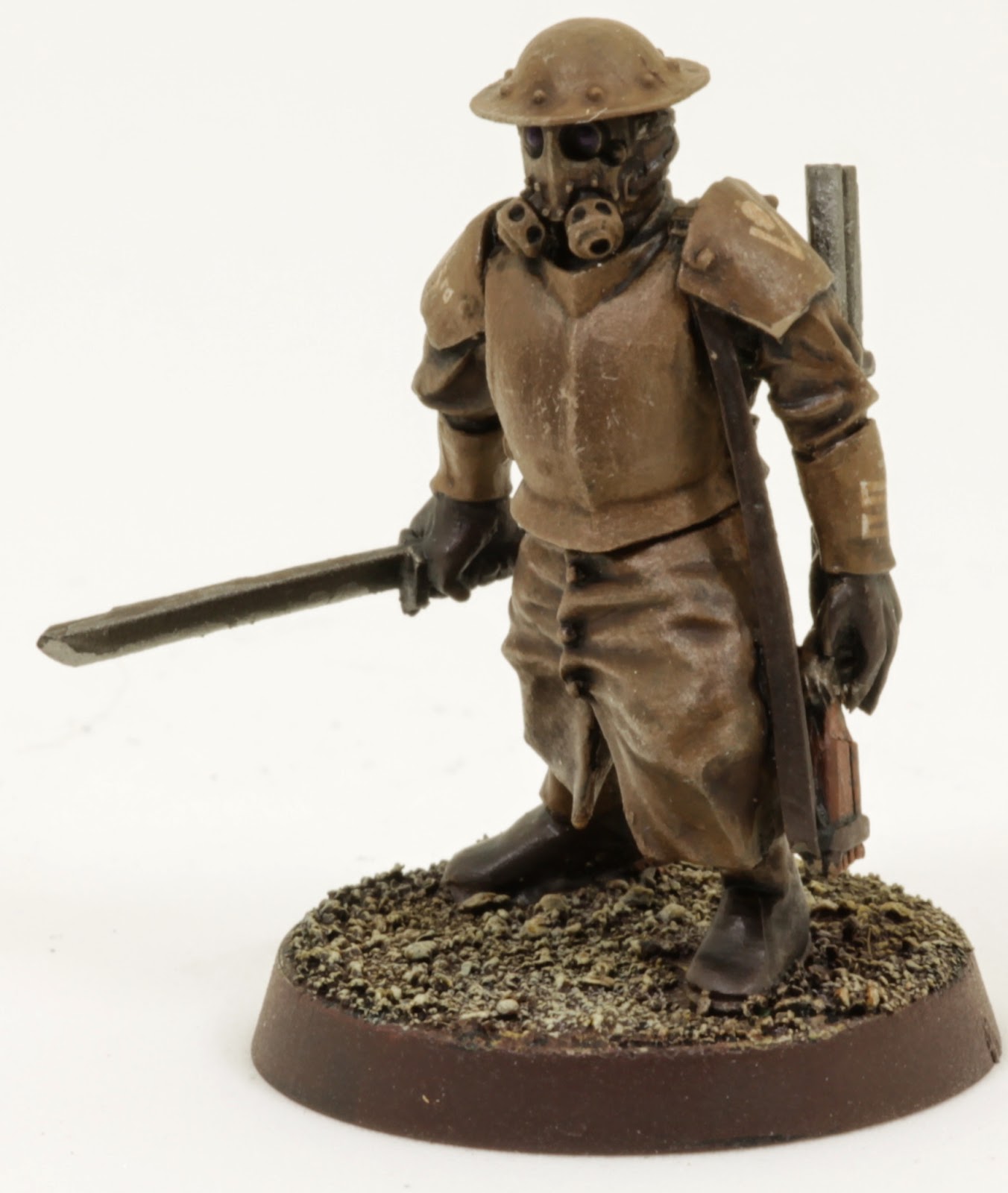 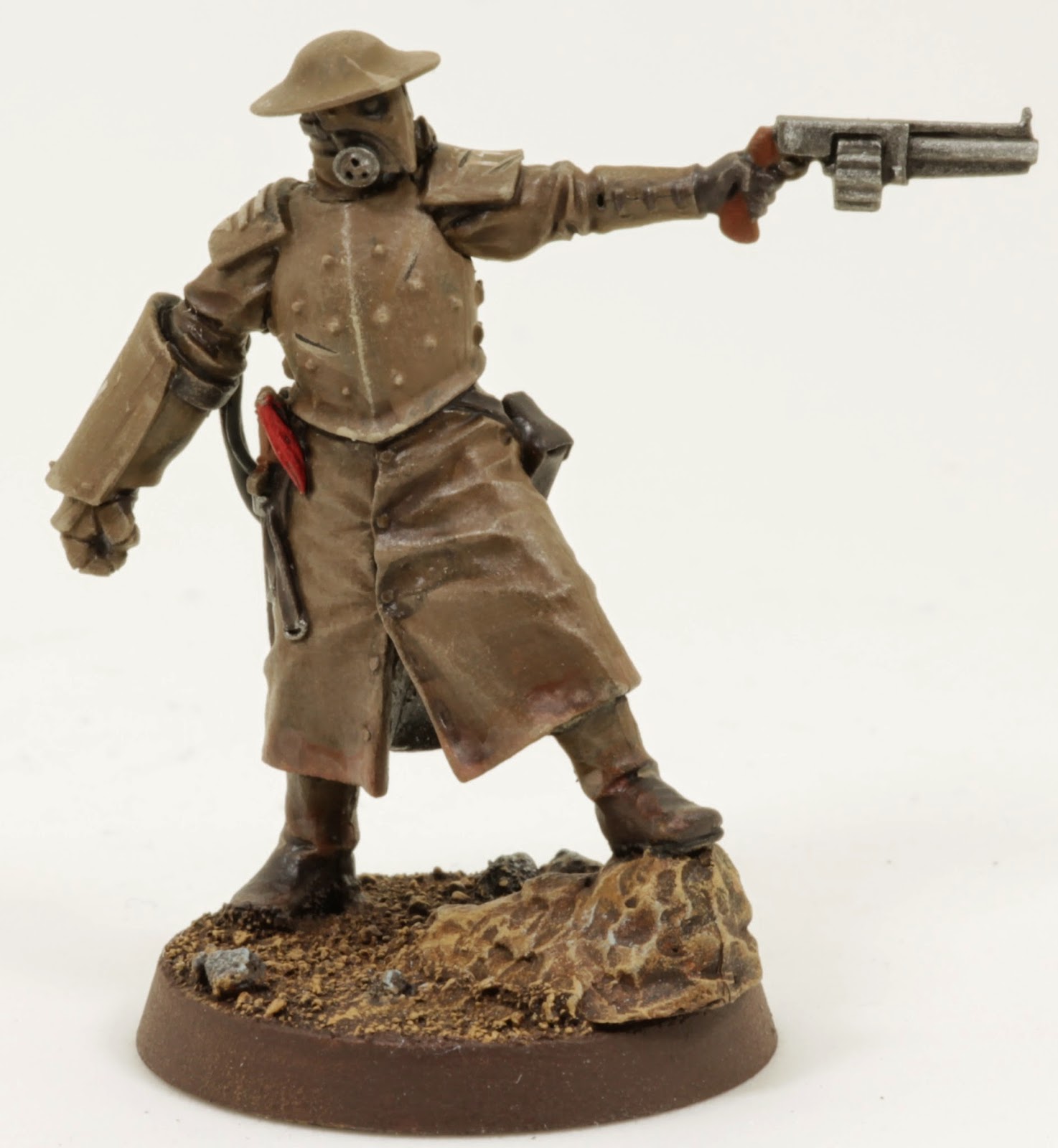 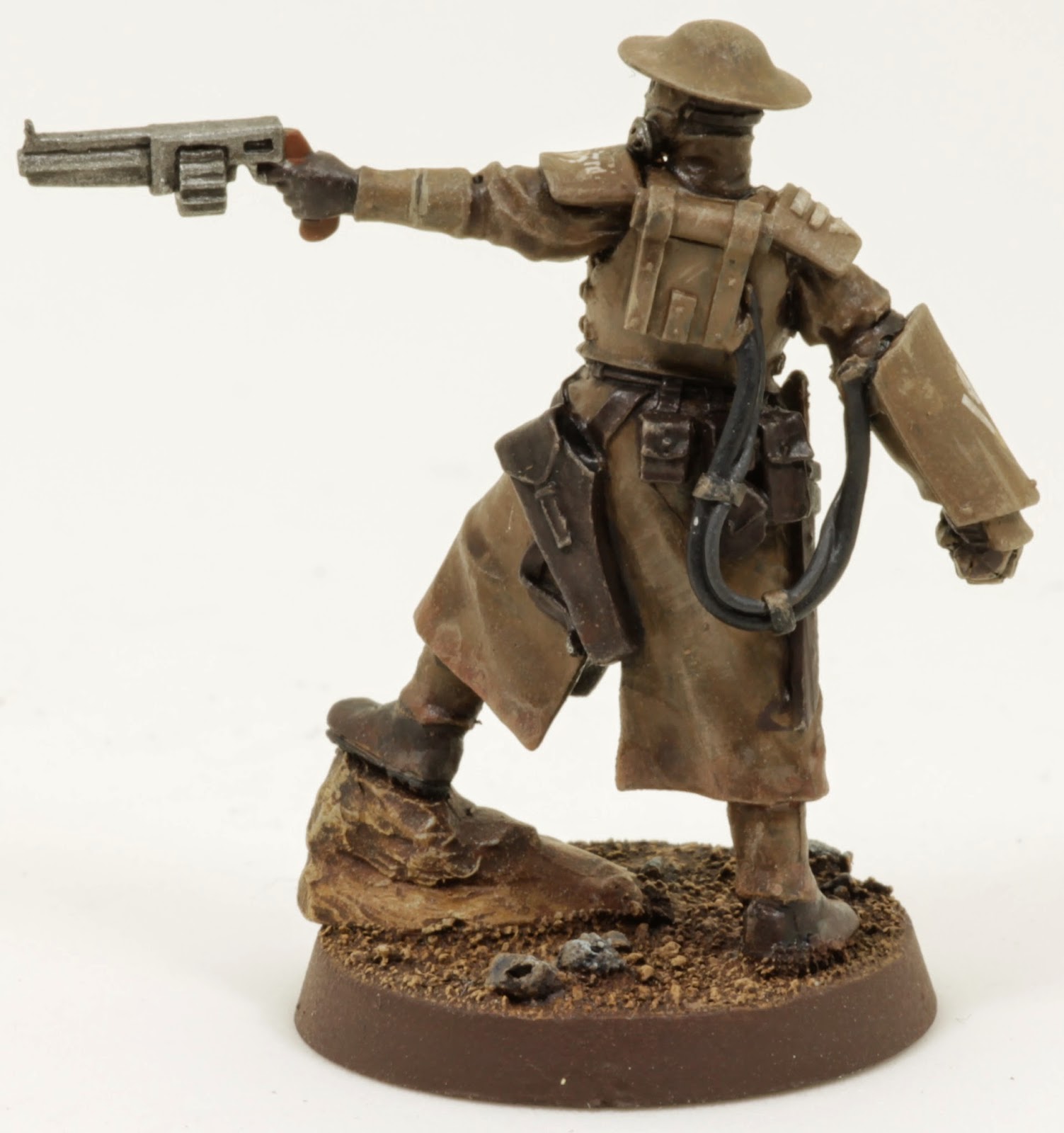 Really quite simple to paint up and get done fast. I may incorporate them into the Kanaks as a Veteran squad possibly with shotguns. I know shotguns suck, but they look cool and fit the models.