So with the second Knight, I had a different idea on how I wanted to go with it. The idea on this one was simple in effect and practice. Yet the color combination is quite striking with blue, black, and white. By just priming with white and only spraying the bottom parts of pieces with blue and letting it fade away to white. 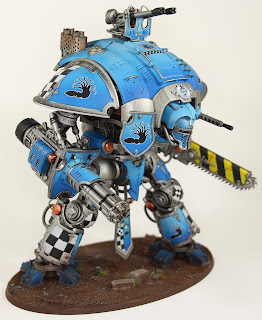 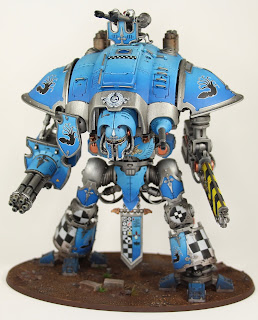 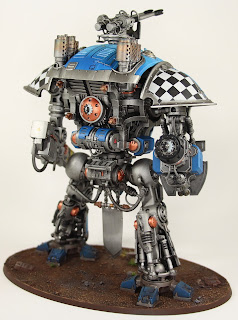 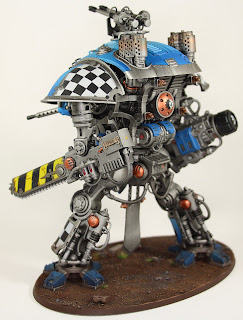 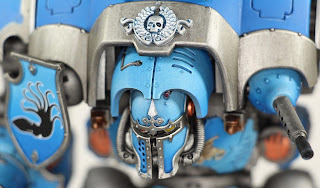 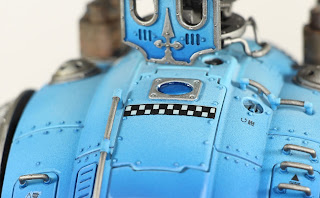 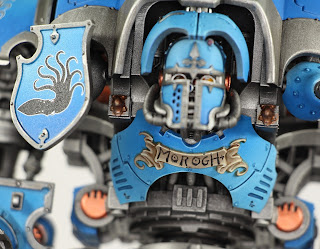 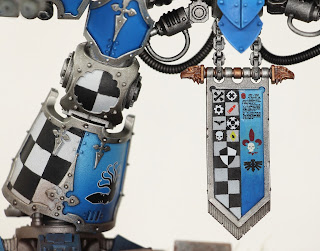 Posted by color blind painter at 10:20 PM No comments:

I purchased the GW Imperial Knights: Renegade! box set a few months ago. I knew I wanted to paint one up. The cost of the set was only about $40 more than a single Knight. So this was a steal, and it comes with a bit of terrain to boot!

I had zero desire to paint one up as Chaos. The want to try something new was on my mind. Constructing them in tandem as I do, one became a Knight Warden, the other a Knight Errant. The Errant was to be my anti-vehicle option armed with the Thermal Cannon, melta gun and the Stormspear Rocket pod.

I attempted to create a fire effect for the Knight. The idea is fairly simple. In practice, it's a bit more difficult. 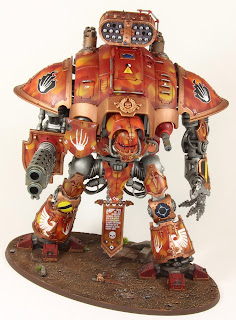 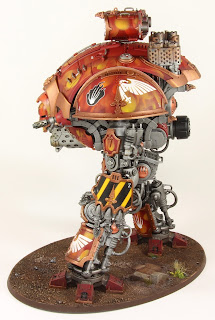 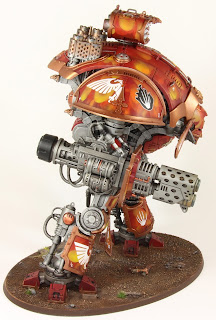 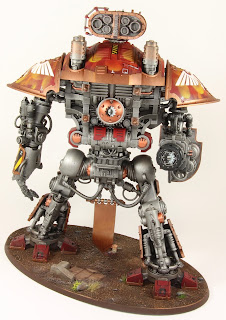 The Freeblade decal sheet was used for insignia. The dead hand seemed to fit the idea of burning design. Going along with that theme, I envision the pilot to be a bit trusting to luck and superstitious. There are symbols all around the Knight to help 'protect' it from harm. 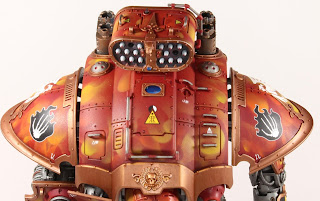 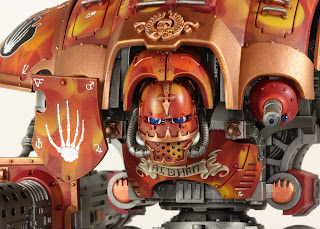 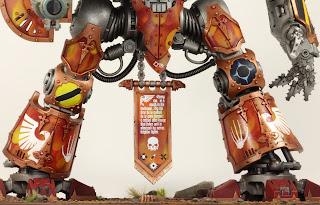 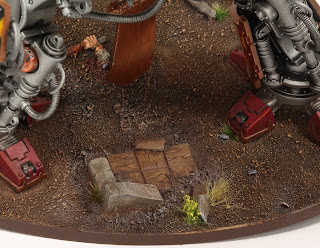 Posted by color blind painter at 9:53 PM No comments: