So what have I been doing? I have decided to take it upon myself and completely paint all the models in the Dark Vengeance set. I've been sitting on it since it came out. Here are some quick picks of the results.

I went for the Emperor's Children scheme. The back of the Champion was done with glazes over a white base. An experiment that came out fine. The Chaos forces just have so much detail to them that I really enjoyed painting them... What does that mean for my 'All Imperial' forces? 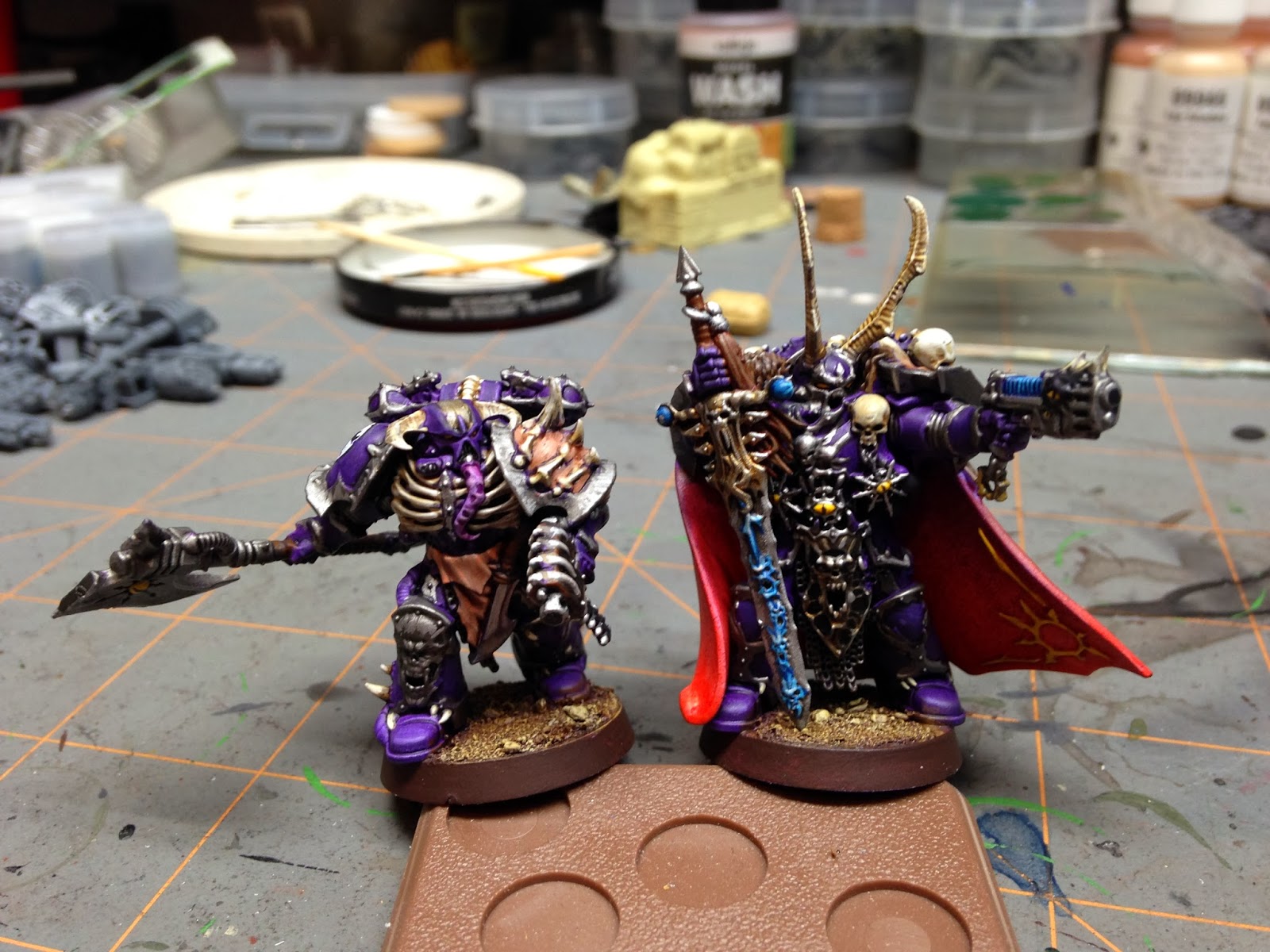 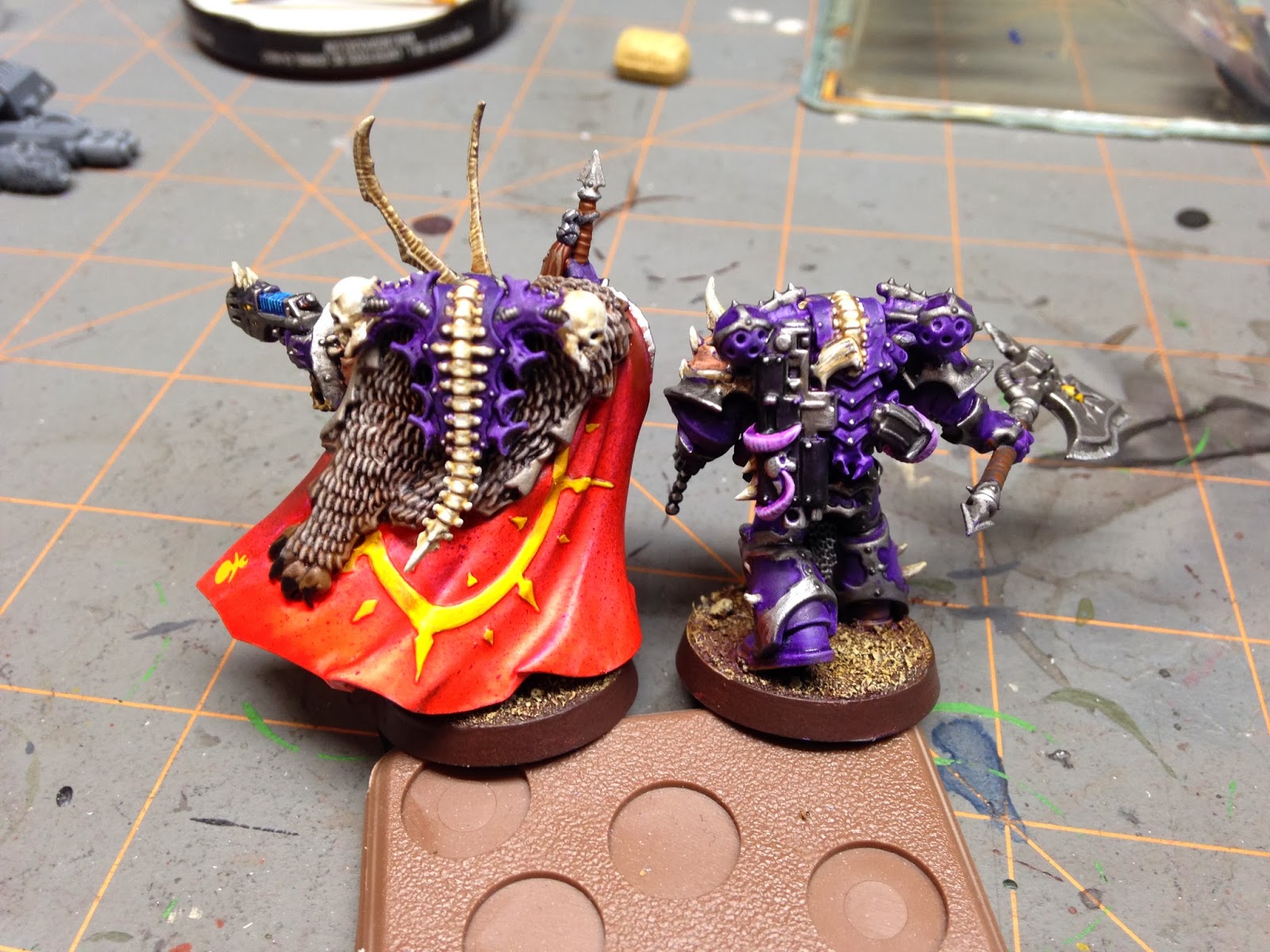 And with the Dreadnought, I decided to go the hard way and put more skin on it. He's the one that came out the best. 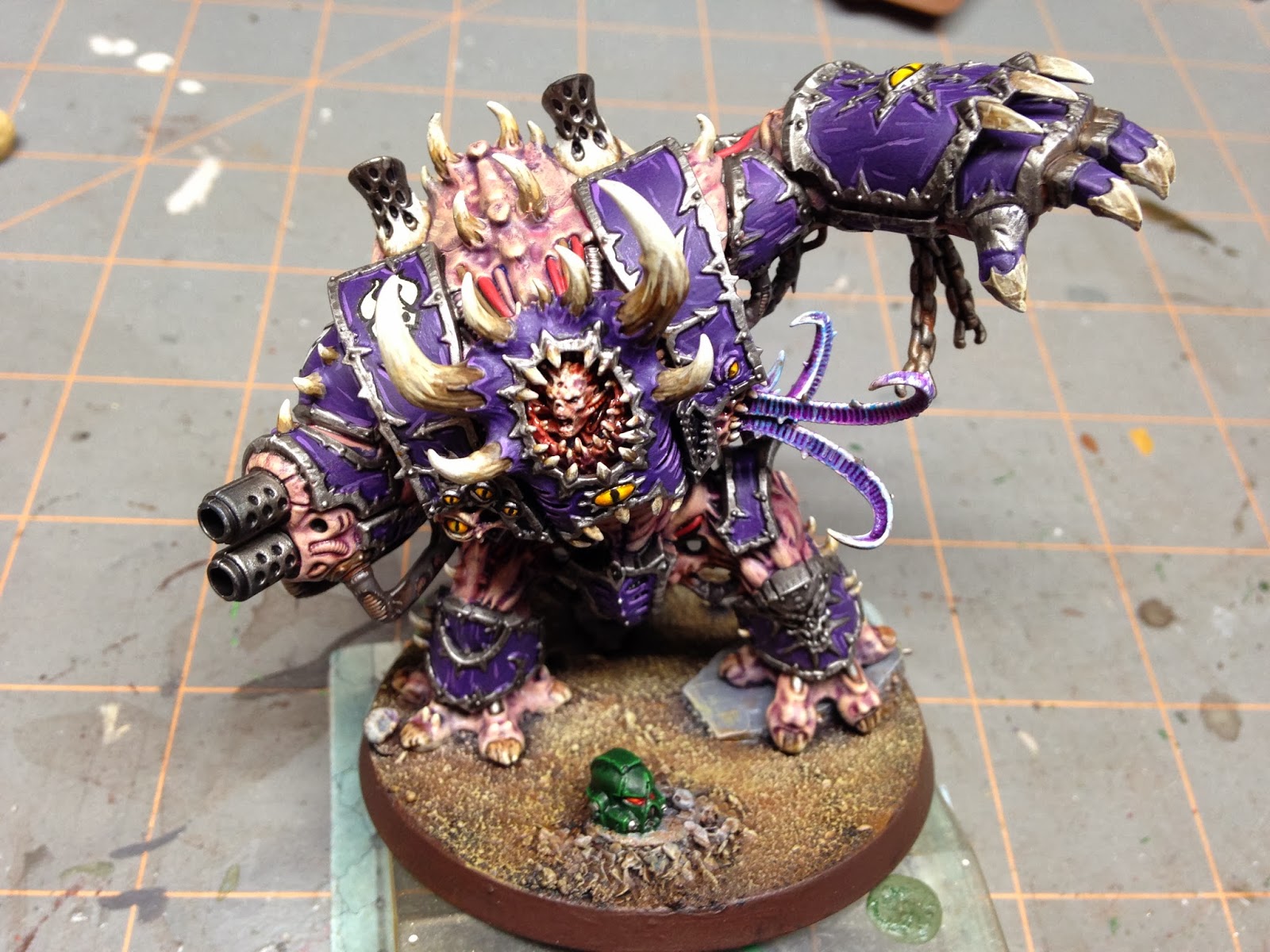 With the Dark Angels, I used the standard Dark Angels Green. I still had a bit left. The Caliban green just isn't right. I even went out and got a quart of what was remaining matched so I can still add onto my force. The only change I made was to use one of my old backpacks for the Sgt. This way I can give him a matching banner stating what squad he is with. 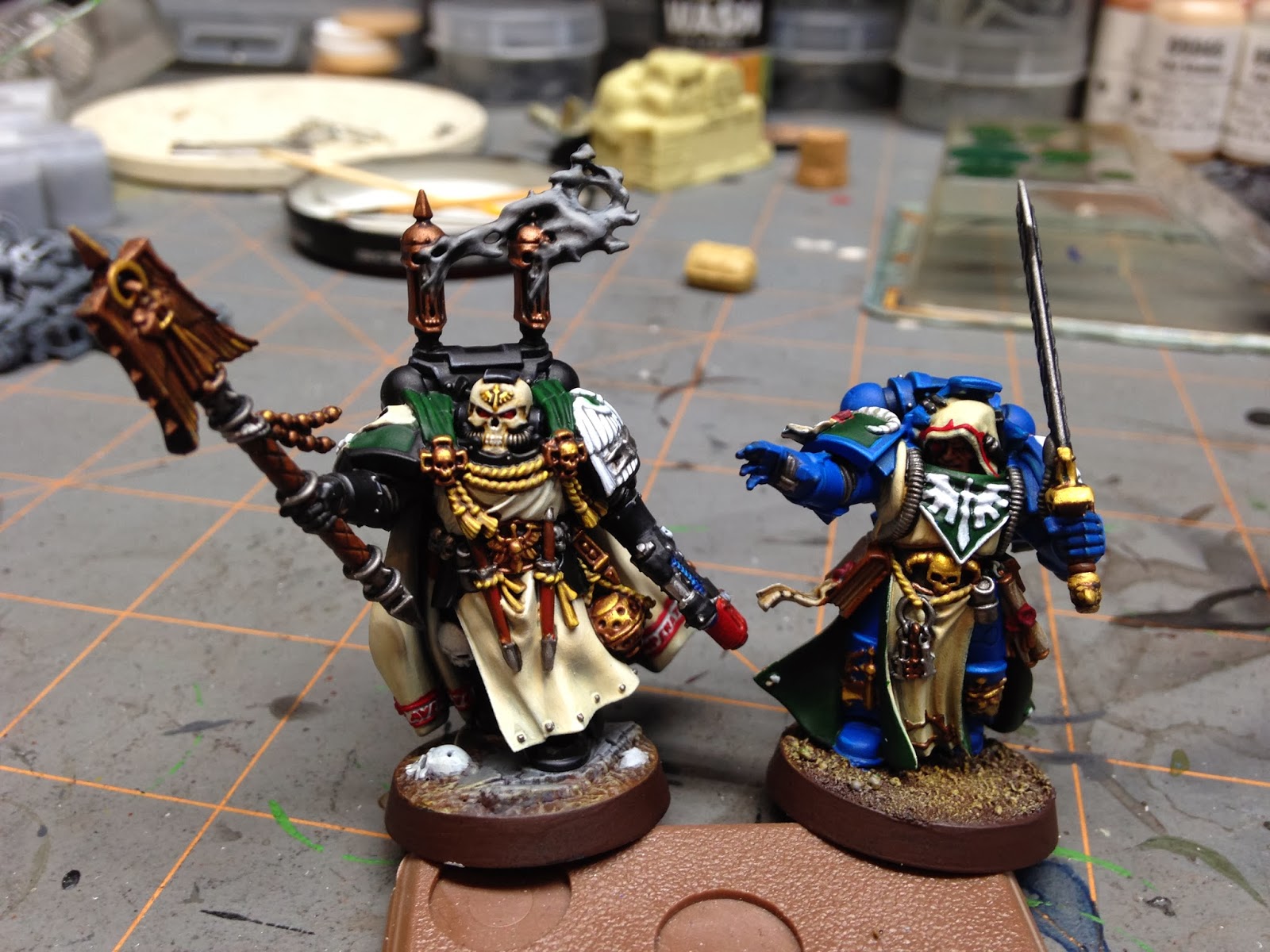 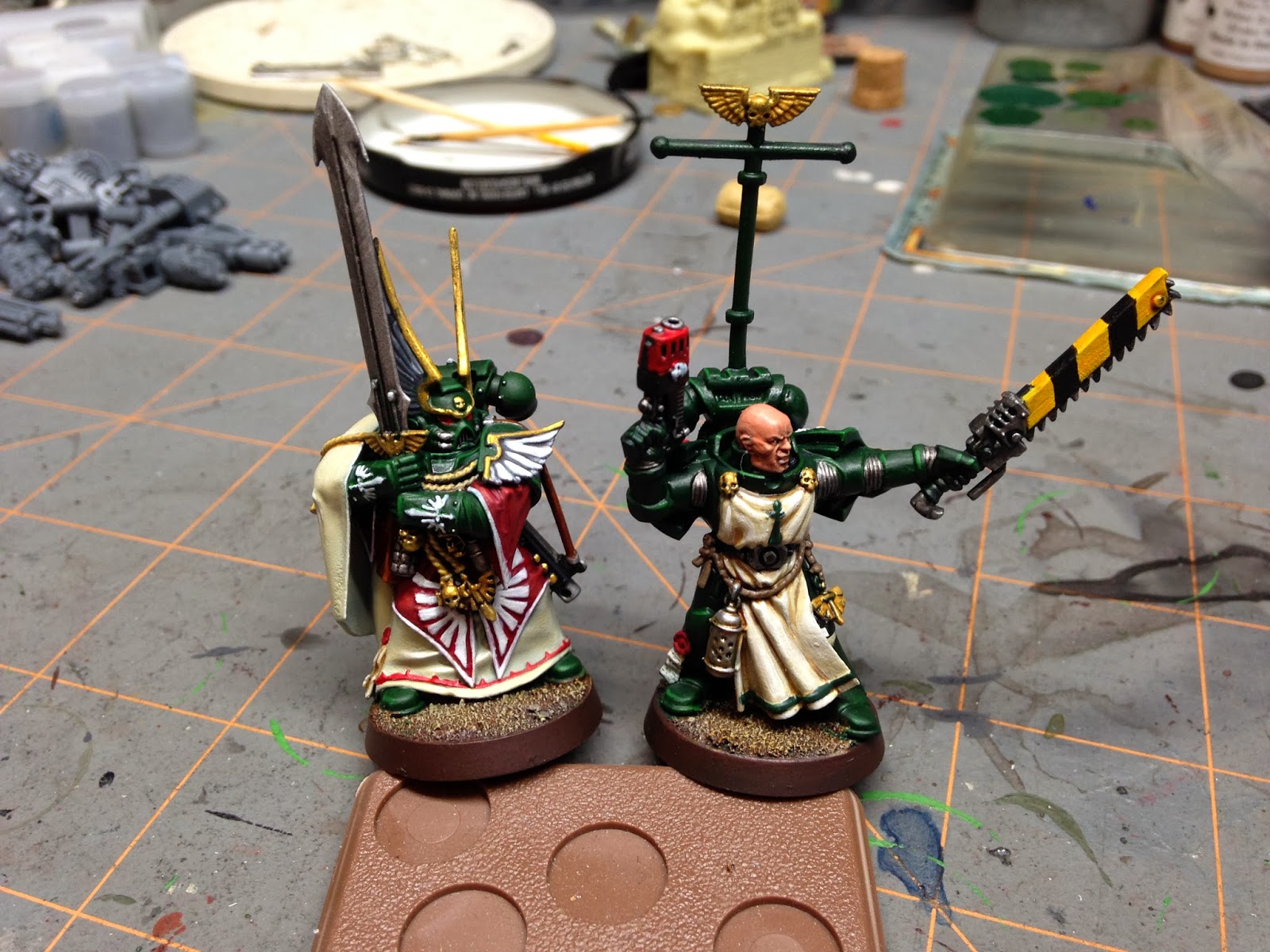 I did have issues withe Terminators in that they do not match what I currently have. The newer ones are lighter. They still came out good, but there is a slight difference when compared to my originals from 2005. The way I did these was with an old can of Bone White then highlighted with Vallejo bone white and ivory. Much easier than, the same spray, wash, repaint, and then highlight. I'm all about the quickest, most effective way to completion. 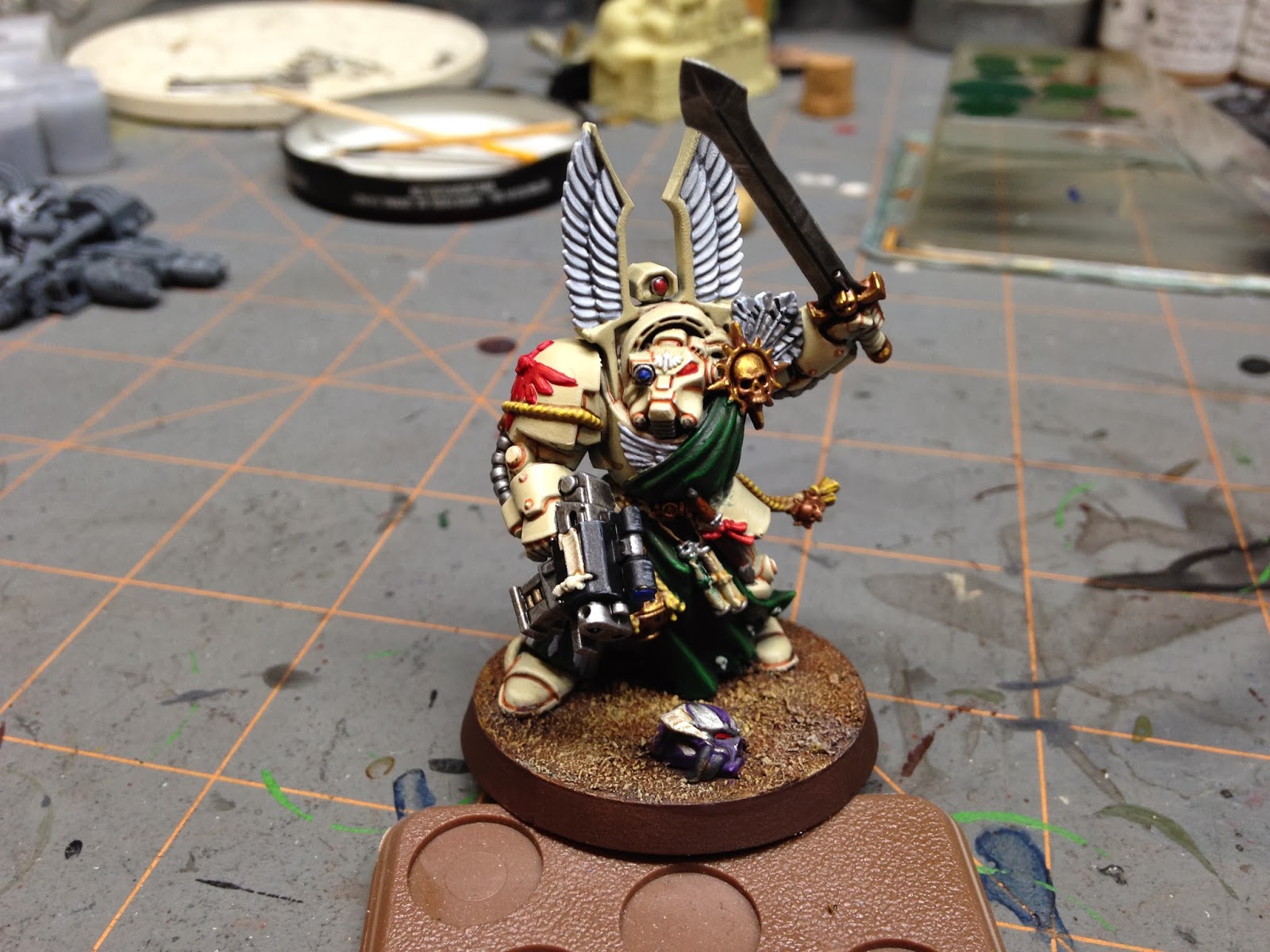 The Bikes are completed too. Although, I had to add to the three that it came with. I'll post pics of those in the next update.

Posted by color blind painter at 4:32 PM No comments:

So what ever happened to the campaign? Well, it was tight just to get the eight weeks in. Real life interrupted and more important things got in the way.

It was planned to get another six weeks in. Since then I think we have all met up again three to four times since late July. The overall winner went to the Wolves of Winter, Christina's Middenheimers. So that's that.

Maybe, this Spring, I will run a Vampire Campaign based on Mordheim rules. The rules can be found here: The Vampire Hunters

The best part is the campaign is cooperative. The GM runs the undead with the players working to defeat the bad guys.

Soon I will post what I've been up to the last few months.

Thanks.
Posted by color blind painter at 10:05 PM 6 comments: