Back to my Dark Angels. I always paint in squads or pairs. This way I always complete an entire unit at a time, or, if one is good, two are better, philosophy. Besides, I would prefer similar vehicles or units to appear uniform. Painting two vehicles at a time gets them out quicker. I paint them at the same time, get a similar effect on both, and usually can complete them faster than working on them one at a time.
This time I added one of each flyer for the Ravenwing. I painted them similar to the box version with the wing patterns, but the tail section got the changes. 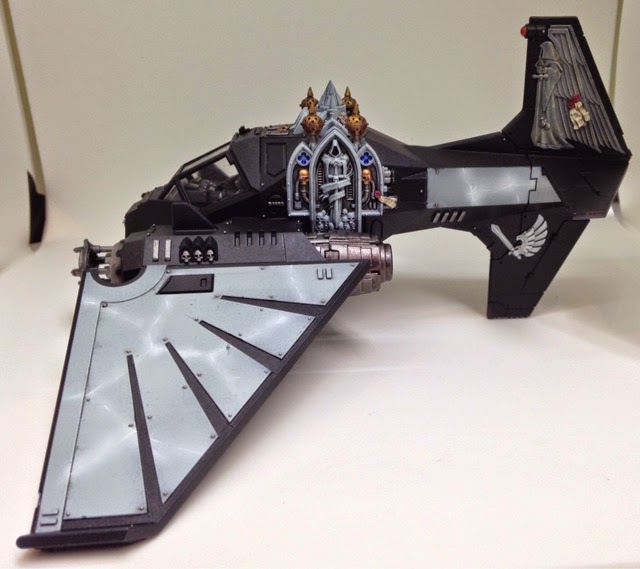 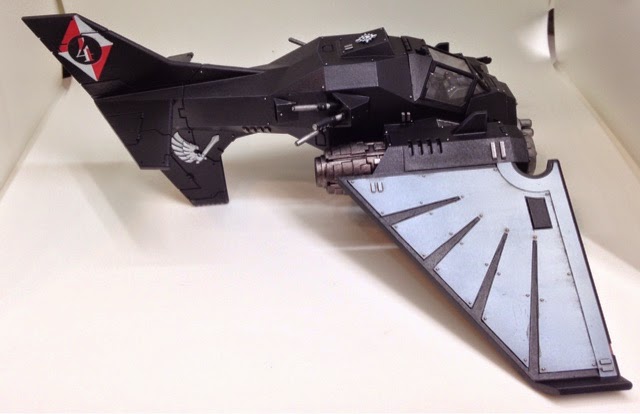 The cockpit and pilot were painted first, black with a grey dry brushing, as I was feeling lazy. That, and it's very difficult to see inside clearly. Although, all the panels were painted as well. Looking carefully, you can see the panels have some action on them..
As for the aircraft, to start, I just sprayed the aircraft a light grey, Celestra Grey for the Dark Talon and Ulthuan Grey for the Nephilim. For the bomber, I then added a light outline of where I wanted the Lightning effect to be. That was then added with short streaks of white, that's all. The fighter, after the grey was laid down, I then used a very thin spray of fenris grey to get the blue. Afterwards on both, I then masked off the 'feathers' and the painted tail, and covered them in black. One thing I did do more of, was to use the glazes more. The blue on the stasis chamber was a couple layers of the blue glaze. It tended to pool in the crevices and left the center not as dark. The emulations of the box pictures extended to the bomb. Definitely not the same, but you can see the similarities. I will work on this more. 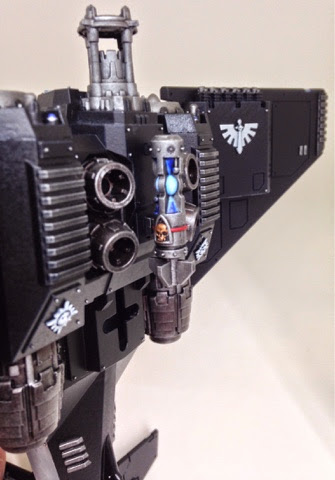 The bases required extra effort. To ensure a good bond, I glued the clear stand to the base first. The clear plastic was then covered with tamiya tape and the base was loaded up with debris and sand to my regular standards. With the stands complete covered, the bases were primed black and painted using my regular steps. The stands were still taped up when I hit them with the gloss/matt sprays, then it was removed. The bases still need some static grass of sorts to give it more layers. 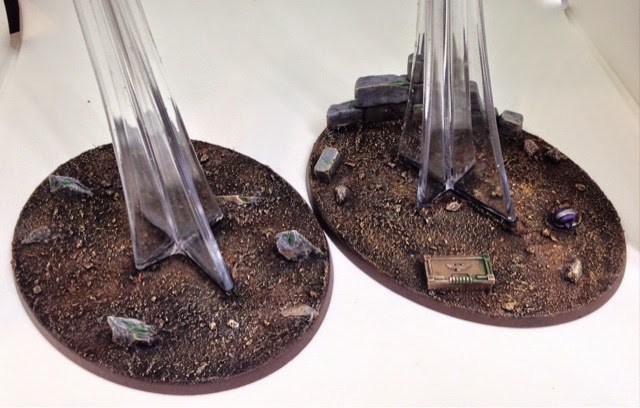 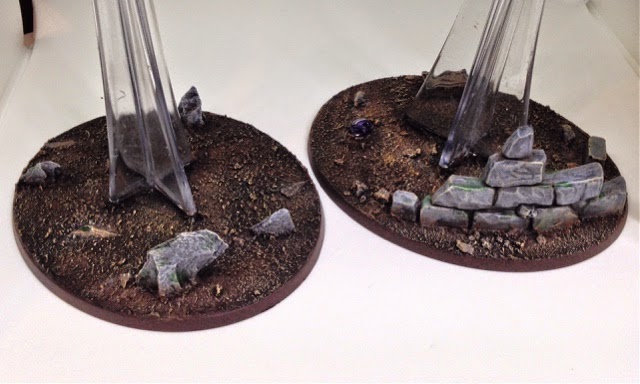 With them complete, I still haven't used them. I'm getting more into the mode of a happy painter than avid gamer. Though when I do play, I know my armies look good!
Posted by color blind painter at 8:37 PM No comments: