This is a quick review of the latest release from Wizards of the Coast, The Dungeons of Dread.

These modules were originally released some 30+ years ago. They were quite amazing back then. Compiling the Tomb of Horrors, White Plume Mountain, Expedition to the Barrier Peaks, and the Lost Caverns of Tsjocanth, the adventures were grand in scale and the challenges were to the same scale. White Plume Mountain may be the weakest of the four but it still threw some curve balls that the party would have to overcome.

Anyway, they could have done so much more with this release. The other books in this 'series' of re-releases were quite nice. They are practical reprints of the originals. This one seems weaker and lacking. The art is not as sharp, akin to poor photocopies, i.e. Alu-Demon pg 167 . The art has lost its sharpness, more muddied and almost like the ink bled at times. Also, unlike most of the modules you got back then, you had maps to pull out and set up as a screen, not anymore. There is no real demarcation between the four quests. I would have liked to read about what went into them, background to their creation, side stories things like that. I am letdown by this release. 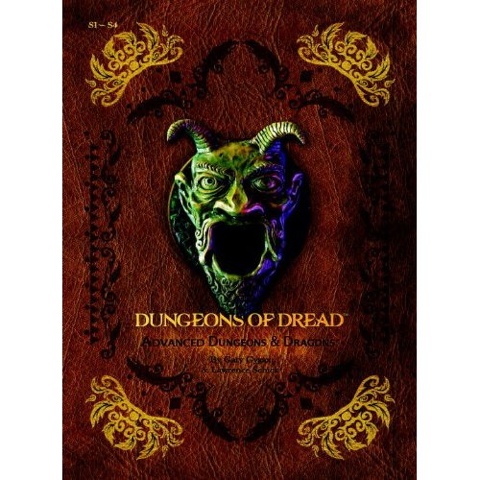 Posted by color blind painter at 2:58 PM No comments: