circle with bleached bone on the bottom and an eight box pattern checkerboard on top. To show this I painted the markings on their right knee. I know now its supposed to their left knee. Anyway, for the guys without knee pads where do I paint the markings? I decided to put it on their backpacks. Here are the steps I used.

First, I two toned the exhaust about 50/50 white/bleached bone or ushtabi bone 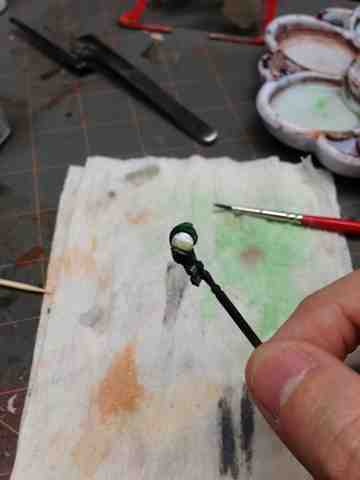 Then using a micron pen I drew in a line between the two colors. 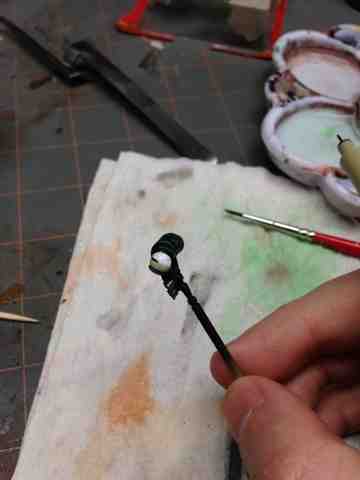 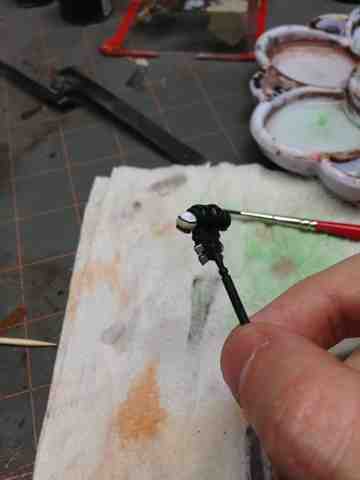 Then I split it in half across the top. I also marked approximately halfway again where I want the next vertical line to be. Connecting the dots is easier than trying to do it freehand. 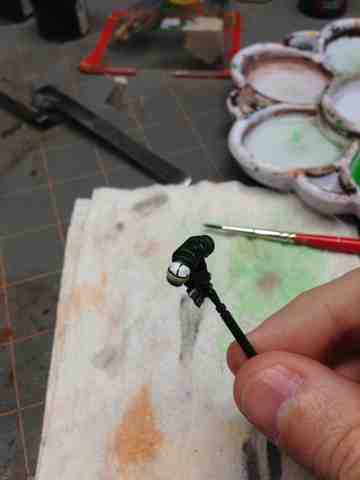 Using the same technique I drew in another horizontal line. Next I marked every other space to be blacked out. I used the pen for some spots and painted in the larger spots. 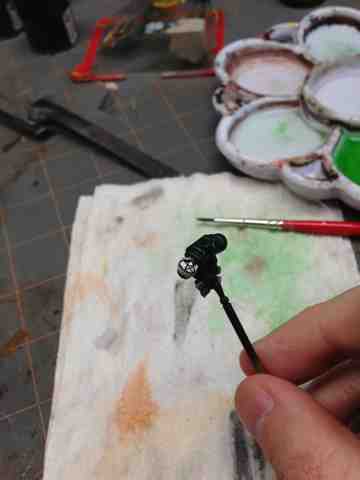 Here is what a Micron pen looks like. I used the smallest tip I could find. 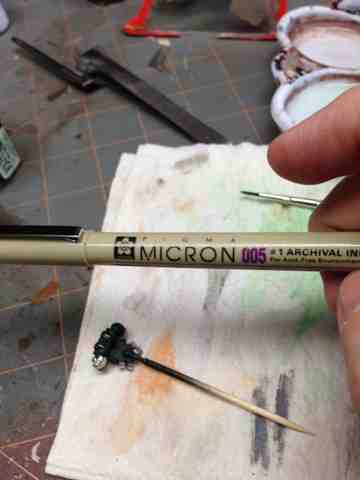 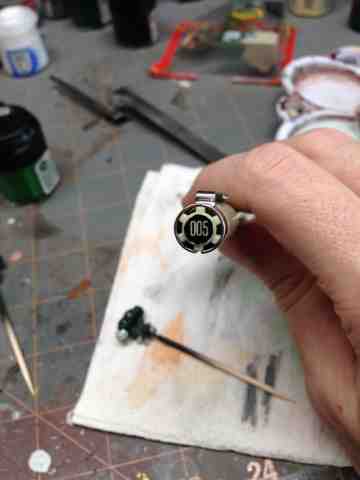 In this picture you can see the Sgt with the backpack and the troops with the knee pads done in the same style.

Using these steps you can create a checkerboard pattern anywhere you need and use differing colors of needed.

In addition the pen is great for filling in deep spaces such as armor joints or even for eyes. Since they come in other colors I have used them for the joints on my Grey Knights using a blue pen.

Posted by color blind painter at 9:12 PM No comments:

We are now halfway through our campaign. Many of the map hexes are now occupied and the NPC warbands are being squeezed out. From here on, there will be many player versus player battles taking place. I am afraid there may be some bad feelings to grow as the players re-battle each other. Especially as warbands begin to separate themselves in ability and might. As the Campaign Organizer, I have to limit that and nip it in the bud as quickly as possible.

Not all warbands are created equal. The Night Goblins of my wife are fighting an uphill battle every week. Knowing ahead of time they were created mainly as an NPC warband, she bravely chose to lead them. They really are held back monetarily by the Fanatic, and the low stats they all have. I didn't even mention the Animosity rule that she has come across several times at bad moments. She did hire a Black Orc and he has mitigated some of the damage, still low strength, short range, and lots of early casualties have hampered here fromt he start. On the other hand there is the Shadow Warriors. They are very expensive, low numbered, and have high stats but have trouble wounding. It doesn't' really help that many of the scenarios have few buildings, but there are many open ranges for them to shoot across. I really have not bought into the Shadow Elves being overpowered. They still have a strength and toughness of three unable to get crossbows, halberds, flails, etc. Finally, the Pit Fighters also suffer from some of the same problems of the Elves, very expensive and low numbers. Now they do have great benefits from being in buildings. Yet they are hard to find in Empire in Flames. Even so, their low numbers really hamper them no matter their elite status.

We are taking off the month of May. Some of us have to deal with real life. In the down time, I am painting up some more Hired Swords and some more terrain that I have plans for. I have told the players what the next three scenarios are: Wild Wood, Stagecoach Ambush, and Last Order. I have plans to take photos of the NPC warbands to post in the upcoming weeks.

Posted by color blind painter at 4:20 PM No comments: