I finally completed the Sherman tanks that came with the two Open Fire sets for Flames of War. One set is the three resin M4s that came their original entry box. The other Sherman's are the Mark Vs with the Fireflies. I think I have the versions right, not too sure. Anyway, I painted them all at the same time and all the same way. I had to wait for the decal sets to arrive before I could complete them. My FLGS did not have any in. But from the photos you can see that each set looks different. At least I can since they're right in front of me. The differences are in how I weathered them. The three American Shermans, I just added some weathering powder all over it which apparently wasn't enough as I no longer see it in the crevices that before made them appear very dusty, as from Africa or Italy.

The British Shermans are differentiated due to my use of two colored washes, B Squadron (Squares) I used GW Devlan Mud, a brown, all over and then a pin wash with Badab Black. The A Squadron (Triangles) I used Gryphonne Sepia which is more yellow then the pin wash. I used the yellow as originally I thought them to be too dark.

Either way, they are all different, but I think they look equally good as it stands. I wanted to see how they would come out regardless of the appearances. 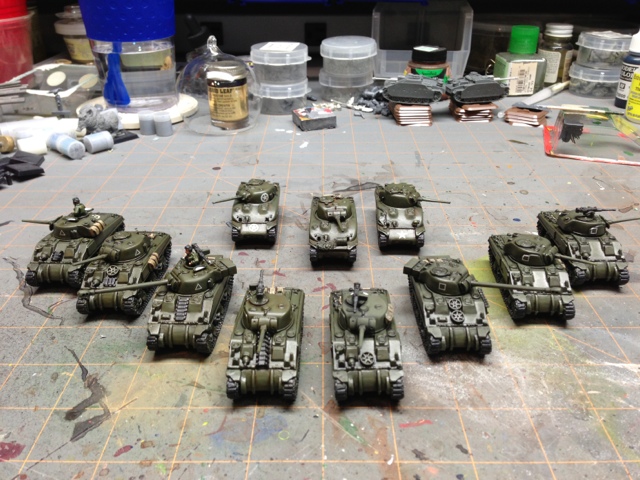 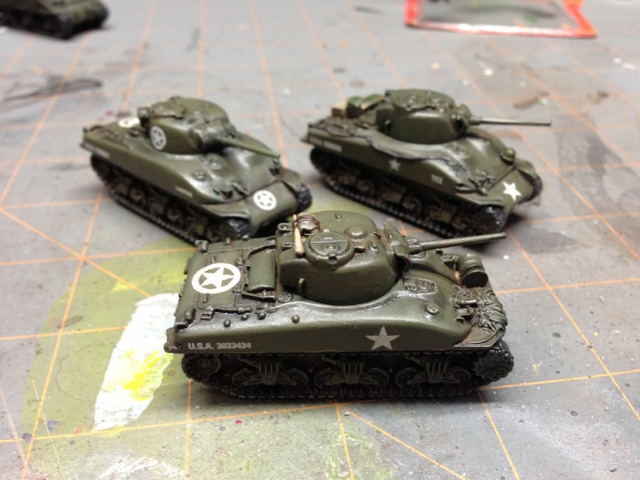 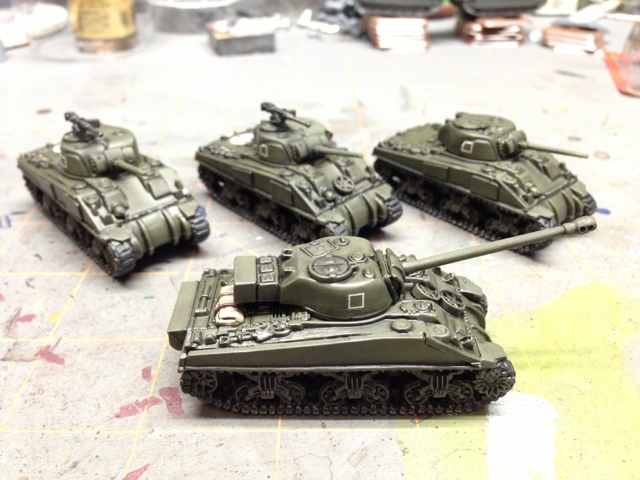 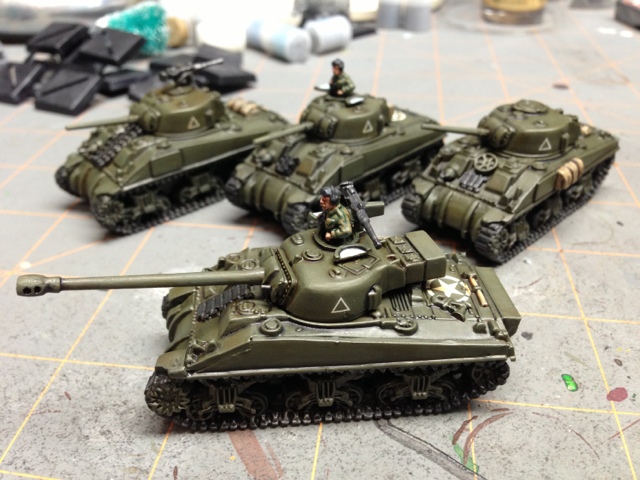 Posted by color blind painter at 11:25 PM No comments: